Simple Guidance For You In Bundesliga – Werder Bremen Vs Wolfsburg, Dream11 Prediction 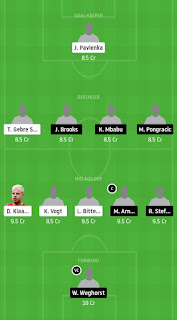 Disclaimer – We have created this team based on our own instincts and analysis. Make necessary changes in your final team once the lineup is announced. Read our preview and try to make your own Dream11 team.